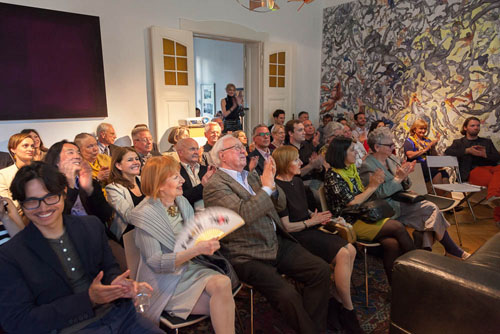 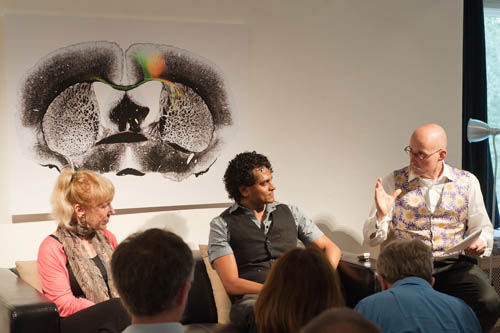 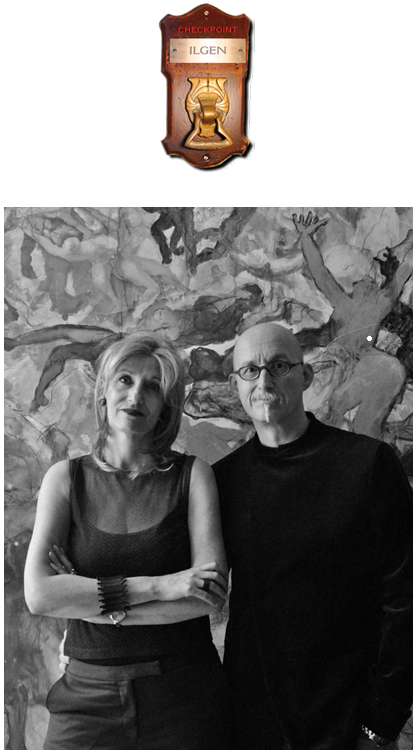 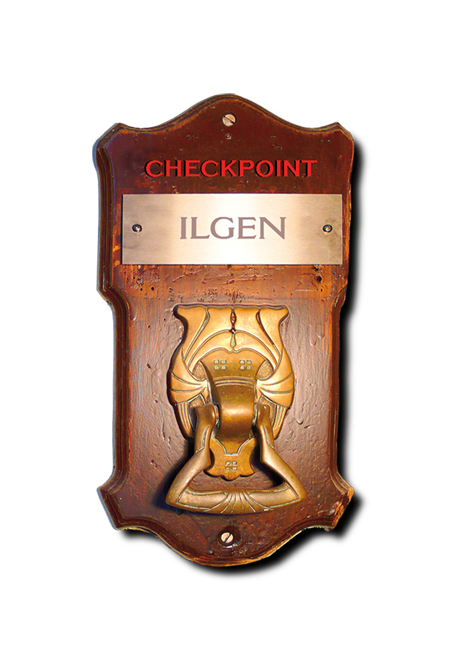 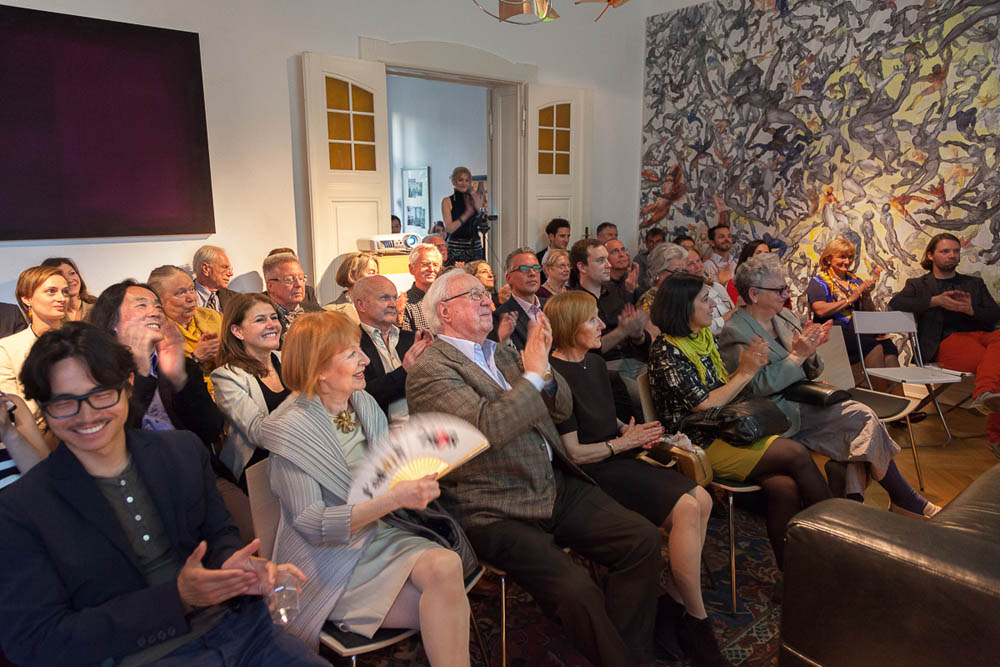 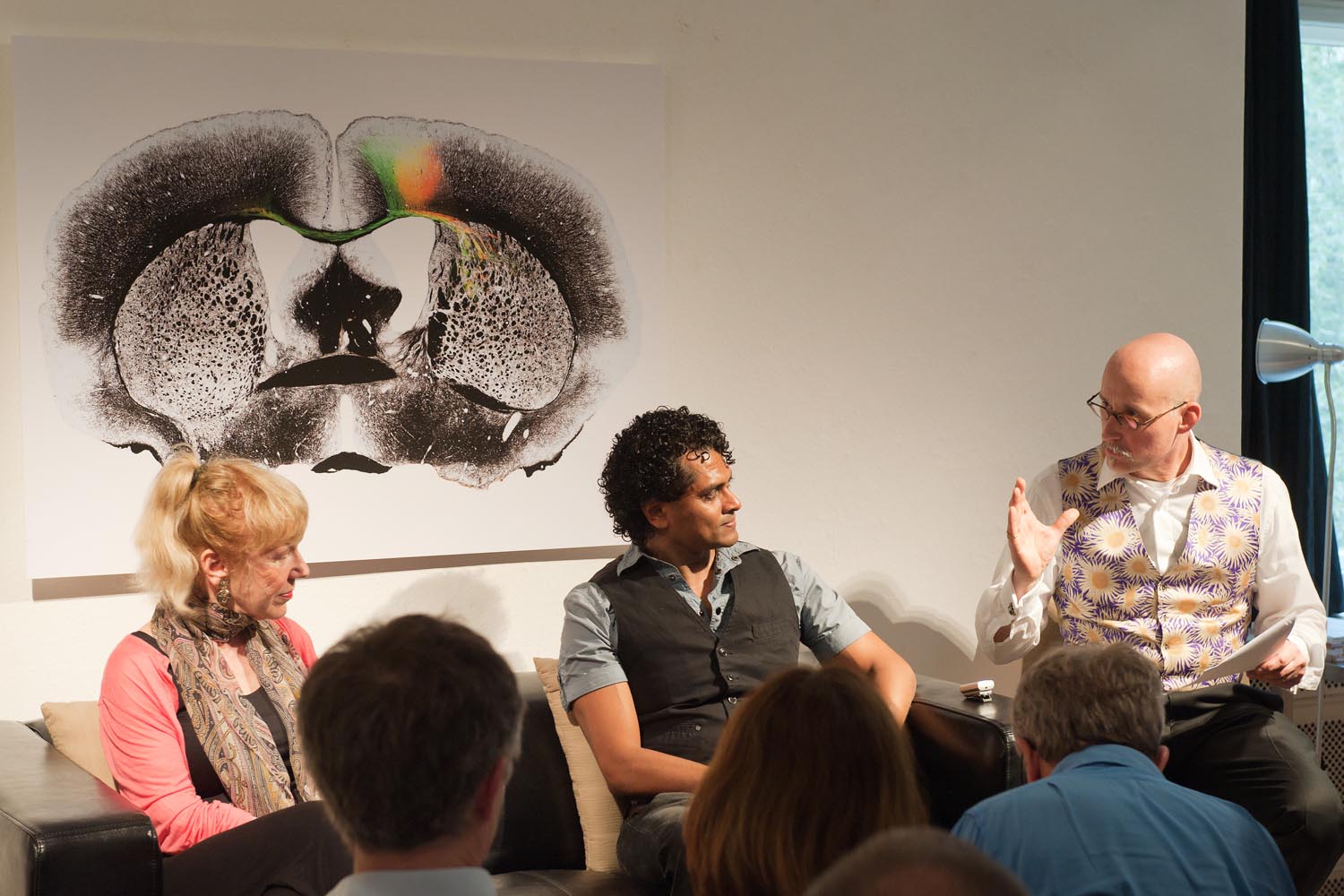 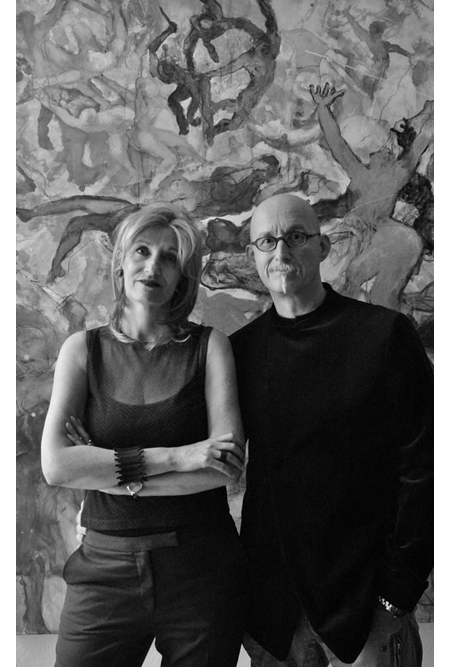 The idealistic art-salon
initiated in 2008 by Fré and Jacqueline Ilgen in their Berlin apartment is a series of moderated discussions and one evening international exhibitions, including major artworks from private collections, leading galleries and artists, across times and cultures.

The main question is not if art should question or rattle, but:
What does an artifact by itself offer another person?

A series publicly acknowledged by Ulla and Heiner Pietzsch with their decision to support “Checkpoint Ilgen” with the prize money connected to the Montblanc de la Culture Arts Patronage Award 2014 they themselves received. Also occasionally financially supported by individuals, like in 2016 by Marc Maennig, and regularly pragmatically supported by galleries for artworks exhibited on such events.

The interest in such events is confirmed by the steady amount of attending persons, from various cities in Germany and Europe, but also from other parts of the world coming over for the occasion. Art lovers, collectors, artists, critics, art historians, curators, museum directors, art press.

For precise information on past and/or planned events you are kindly requested to approach us per email.

Specific views and opinions from art professionals and other fields, on the experience evoked by works of art. Including cultural differences and coinciding interests in creativity and perception, including (neuro)biological as well as art historical facts and broader cultural features.